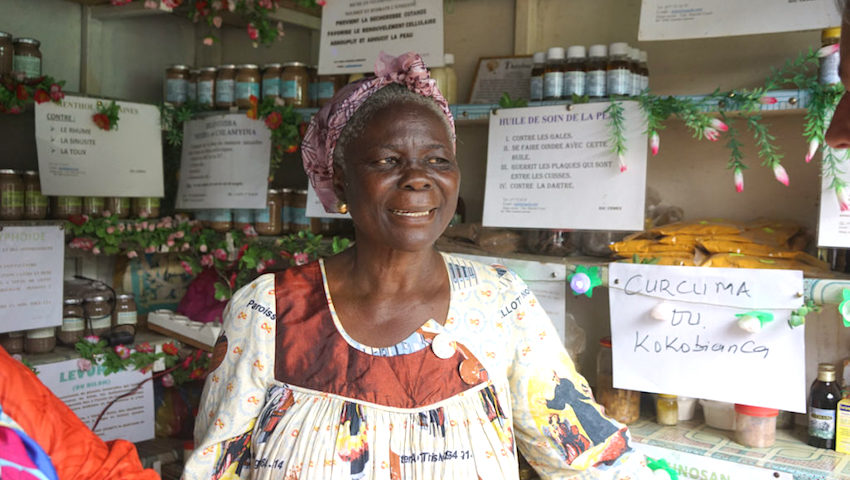 The Nobel Prize winner for Medicine Youyou Tu explains in her book, “from Artemisia annua L. to artemisinins” that in Traditional Chinese Medicine, Qing Hao is the generic name of a category of medicinal herbs (Mugwort), containing 6 varieties. Each contains different chemical components with different degrees of efficacy in treating malaria. Although there are different varieties of Qing Hao, according to Youyou Tu, only Artemisia annua L. has proven strong anti-malarial activity.

However, Youyou Tu indicates that due to uncertainties related to the difficulty of identifying the correct variety of Artemisia, setting up quality control and methods of administration, there are obstacles to the international acceptance of this Traditional Chinese Medicine.

E. Hsu, The history of qing hao in the Chinese materia medica, Transactions of the Royal Society of Tropical Medicine and Hygiene (2006) 100, 505—508

Artemisia afra Jacq. is found on the plateaus of Eastern Africa, from South Africa to Ethiopia. Compared to Traditional Chinese Medicine, Traditional African Medicine is much less documented due to the cultural and linguistic fragmentation of the vast African continent. Artemisia afra is part of the traditional pharmacopoeia of many ethnic groups and its many names include “Umhlonyane”, “Mhlonyane”, “Lanyana”, “Lengana”, “Fivi”, “Lusange” and “Lunyaga”.  It is used to treat a wide variety of ailments ranging from respiratory tract pathologies (cough, cold, sore throat, flu, asthma) to the treatment of gastrointestinal disorders (dyspepsia, intestinal parasitosis, gastritis), topical use for skin conditions (ringworm, boils, acne, haemorrhoids, herpes, lesions), gynaecological problems (dysmenorrhoea, amenorrhoea, menstrual cramps), fever. Artemisia afra infusion is widely used in the fight against malaria, sometimes in association with Lippia javanica, pulmonary tuberculosis and diabetes. It is also used in inflammatory diseases (rheumatism, gout) and neurological disorders such as epilepsy.

There are several types of Artemisia afra -based preparations, for either internal or external use.